The conference was held in Kisarazu City, Chiba Prefecture, Japan, on 20 & 21 July, 1996. It was organized jointly by the IHS and a small group of long-term residents of Japan. The Organizing Committee consisted of Hunter Armstrong, Liam Keeley, Diane Skoss, and Meik Skoss.

The theme of the conference was “Work in Progress,” with the object of bringing researchers together and to develop an awareness of what others in the field were doing. There were ten presenters at the conference, and two papers were received that were read in absentia. The twelve presentations, in the order they were given, are as follows: 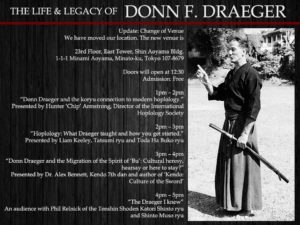